The Church was pleased to host the Inaugural Worship of the Executive and Council Meeting of the Council for World Mission.

On Sunday 16th June the Executive and Directors of the Council for World Mission held their inaugural worship in Hamilton United Reformed Church.  C.W.M. is the successor body to the London Missionary Society which commissioned David Livingstone to serve in Africa.  In honour of the bicentenary of Livingstone’s birth the Council is holding the annual director’s meeting in Scotland. It was felt appropriate to hold the opening service in the Church with direct links to the Livingstone family. Livingstone’s parents were founder members of the church located in South Park Road, although they, and David, had attended St. James’ Congregational Church latterly located in Auchingramont Road.  The two congregations merged in 1966 and became part of the United Reformed Church in April 2000.

The service was led by the Rev’d. John Humphreys, Moderator of the Scottish Synod of the United reformed Church. The preacher was the Rev’d. Samuel Tikeri Tialavea, Moderator of C.W.M. and member of the Congregational Christian Church in American Samoa.  Prayers were led by representatives of the six areas of C.W.M. churches – the Caribbean, East Asia, South Asia, Pacific Africa and Europe.  During Worship the 54 delegates  dedicated their meeting and witness to serving Christ throughout the world.

The civic life of the area was represented by the Provost of South Lanarkshire Council, Eileen Logan, who welcomed the delegates to Scotland. Two deputes represented the Lord Lieutenant.

On Saturday the delegates visited the David Livingstone Centre at Blantyre. 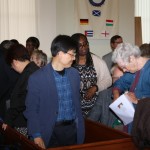 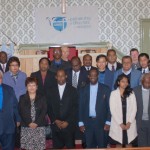 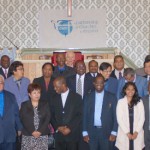 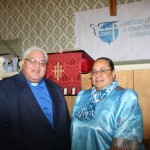 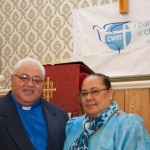 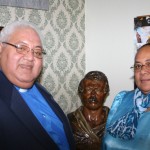 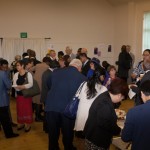 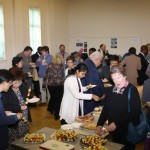 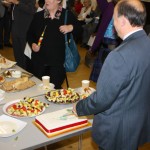