Welcome to the United Reformed Church, Hamilton.  We are made up of two congregations which merged in 1966.  The older congregational originally met in a building at Back o’ Barns, and was founded under the guidance of the Rev’d. Greville Ewing, who was instrumental in founding many such independent churches in Scotland, and also the Scottish Congregational College.  That congregation eventually settled in Auchingramont Road, and in its latter form was known as St. James’ Congregational Church.  Due to a theological dispute a small number of members left that congregation and formed a church which eventually met in South Park Road.  This congregation originally associated itself with the recently founded Evangelical Union of Scotland. 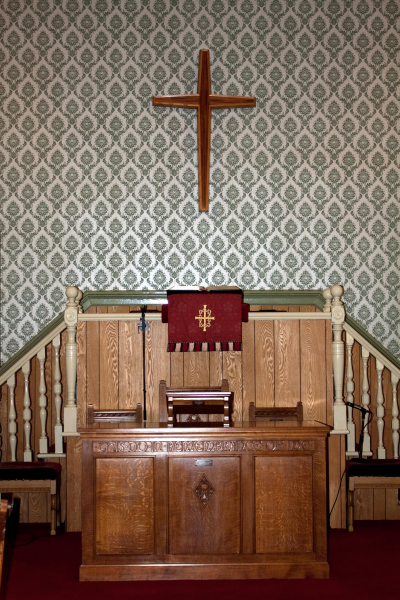 David Livingstone’s family used to walk from the mill house at Blantyre to Hamilton every Sunday to attend the Church.  They worshipped at St. James’ Congregational Church.  It is said that Mrs. Livingstone as so independent that they carried not only their own lunch, but also tea, sugar and also salt, so that the only hospitality that they required was boiling water.  The David Livingstone Centre, at Blantyre, records much of his missionary work, as well as preserving the room in which he was brought up.

Neil Livingstone,  David’s father, was one of the group who left the St. James’ congregation, and is listed as one of the first Deacons of the South Park Road Congregation.  When St. James’ Church closed in 1966 all the Livingstone memorabilia was moved into the current church building.

With this double Livingstone connection we proudly consider ourselves to be ‘The David Livingstone Family Church’, and look forward to celebrating the bicentenary of his birth in March 2013.

We remain a small but active congregation.  The Church is currently without a minister.  We participate in ecumenical activities with the other churches of the town, such as the World Day of Prayer in March of each year, and the United Services held throughout Holy Week. We are also active in supporting joint ventures, such as fund raising for Christian Aid, supporting the Jubilee Key Scheme, which helps homeless people settle in privately rented accommodation, and in supporting the Churches’ Drop-In Centre  which provides practical support for those in need.  The Church Halls are used by a number of organizations which include choirs, adult and child dance groups, and Baby Sensory classes.