The Tea Room operated as last year in the hall, with a slightly reduced number of stalls.

There was a Christmas Gift Stall, Tombola, Cards and Calendars, and the Grand Hamper Draw took place at 3:30 p.m. As in previous years there were a large number of hampers to be awarded as prizes. 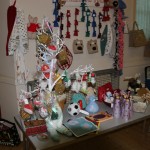 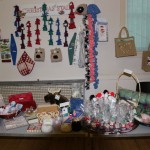 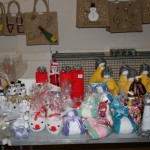 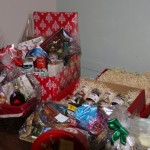 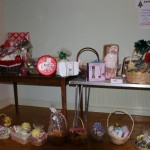 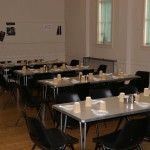 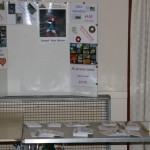 Another successful fayre was held on Saturday 24th November, opening at 2:30 p.m.

Shown below are some of the raffle prizes, and the fancy goods stall. 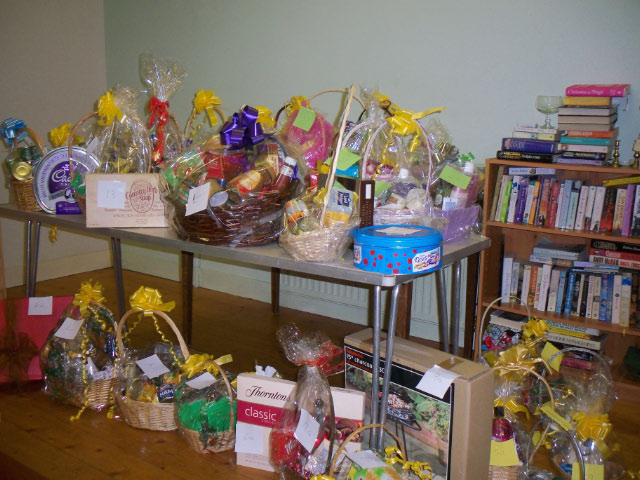 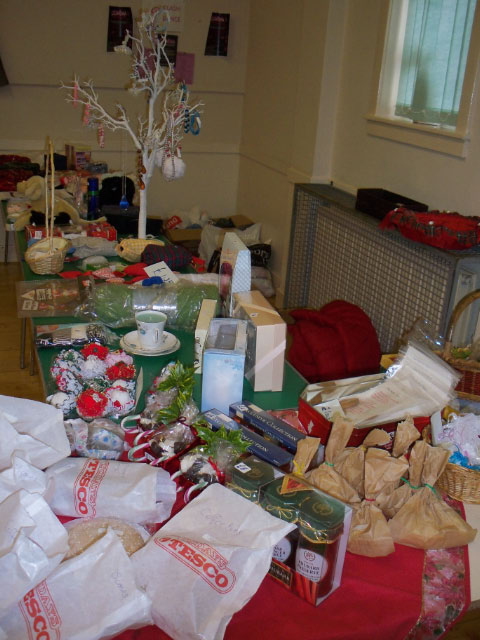 A magnificent number of donations enabled us to raffle 29 hampers and gift baskets [ a selection are shown below]. 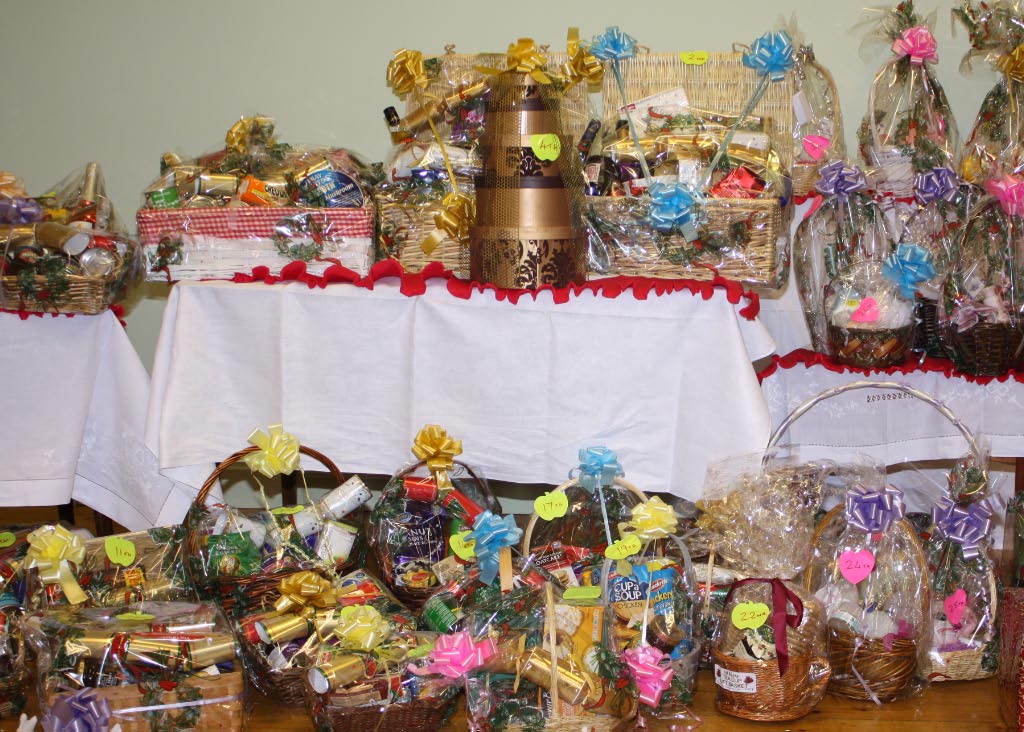 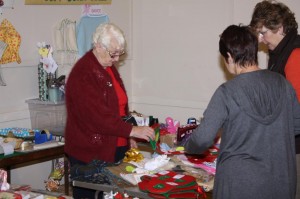 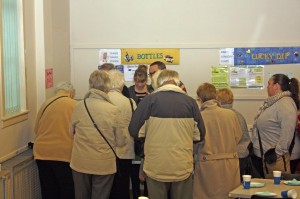 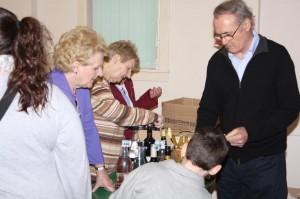 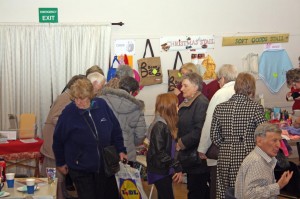