It will be a 100 years on 26 September 2015 since the death of James Keir Hardie, a former member of our founding church, Park Road Evangelical Union Church. Keir Hardie rose from very humble beginnings, working in the mines of Lanarkshire, to become one of Britain’s most notable politicians and the first Labour leader. 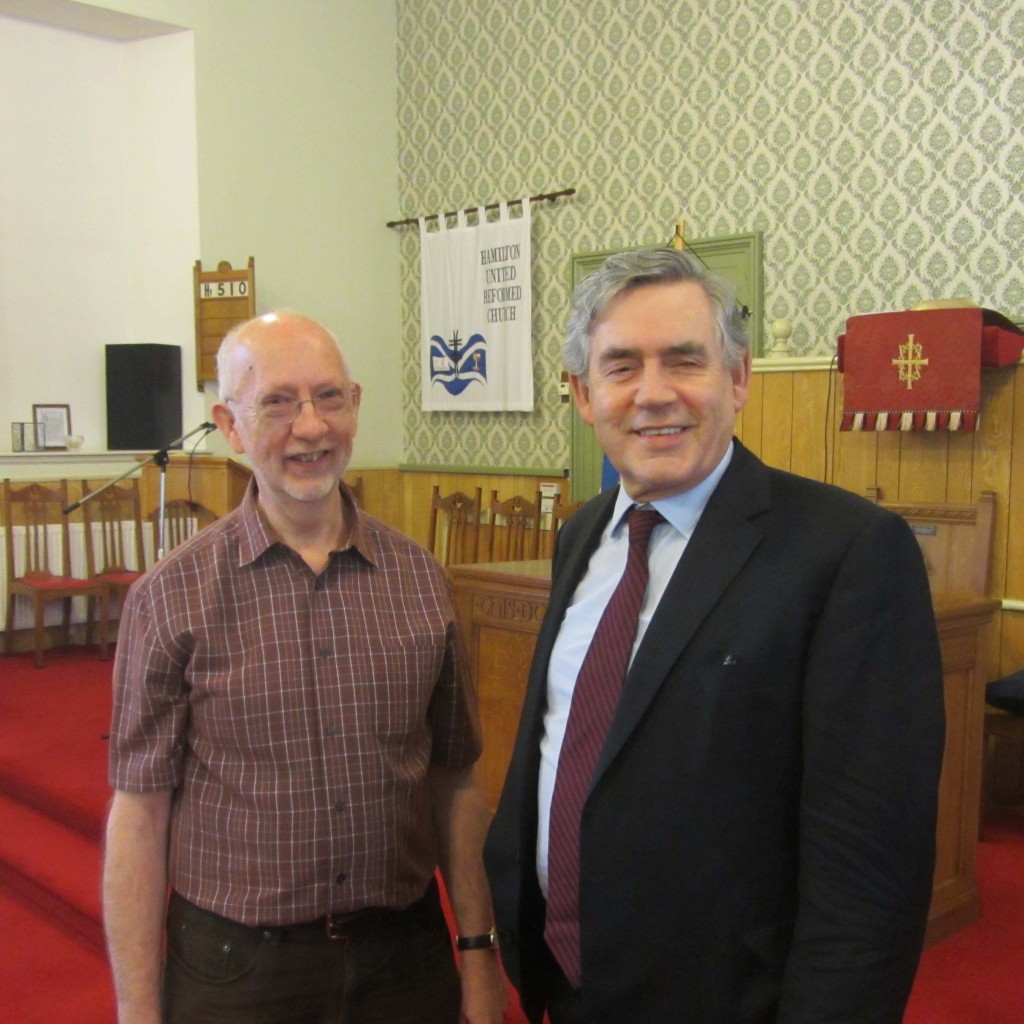 As part of a radio programme made by BBC Scotland to commemorate this anniversary, the presenter and former Prime Minister, Mr Gordon Brown visited the church in August and was welcomed by the President, Mr Douglas Hay.

Programme is available until about 6th October  on http://www.bbc.co.uk/programmes/b068xnly